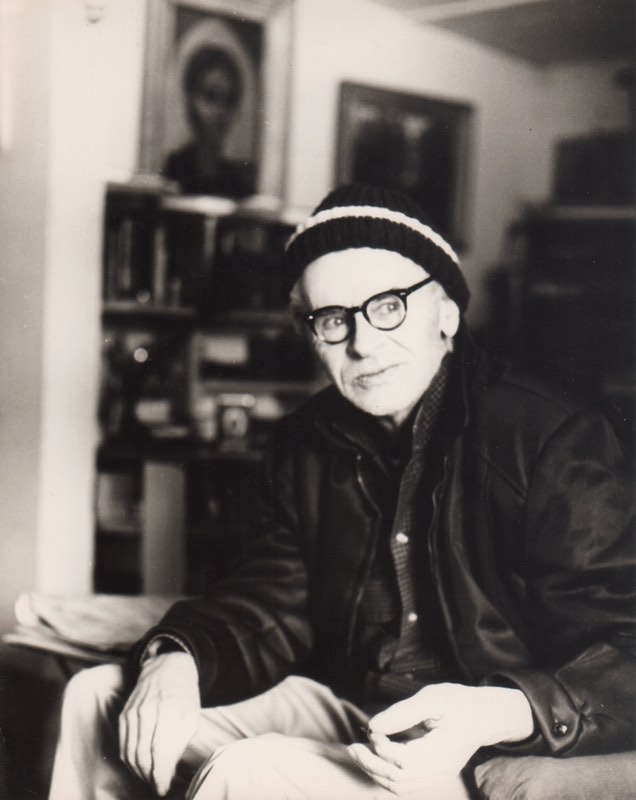 Ulery was a member of the workshop for Social Art, the Open Circle Gallery of Abstract Artists, and the Council of Allied Artists, Hollywood California. He studied with the late Herman Sachs at the Creative Arts Student’s League, Hollywood California; Sachs later founded the Chicago School of Design.

Painting since 1936, Ulery worked professionally as a mosaicist, muralists and serigraphist. He originated the posters for the famed Brown County Playhouse, and created the system of “old-fashioned” sign lettering still prevalent in Nashville today.

Ulery had one-man shows in Hollywood and Nashville, and was in group shows by invitation at the 1945 and 1946, Los Angeles County Museum; the John Herron Museum in Indianapolis; the Swope Gallery; The Brown County Art Guild; and the Museum of Non-Objective Art, New York City.

The majority of Ulery’s work was accomplished at his Red Shed Studio, Cemetery Ridge, Nashville, Brown County, Indiana, after he and his wife, Gertrude, and cat, Jinx, moved from Los Angeles to Brown County in 1947.

His paintings are in private collections in the United States, France, Great Britain and Italy, and in the Onya LaTour collection, Indianapolis Museum of Art.

“Ulery makes merry with his free use of color and is almost flamboyant in his abstracts, yet he also has the capacity of applying both form and color with a delicacy of touch. Although much of his work tends toward the abstract, his portrayal of the human is identifiable in his approach to the eyes…always deep set and penetrating.”
“In his paintings of the people, he is the Faulkner of Brown County. His work is devoid of eclecticism of established schools or ideologies.”